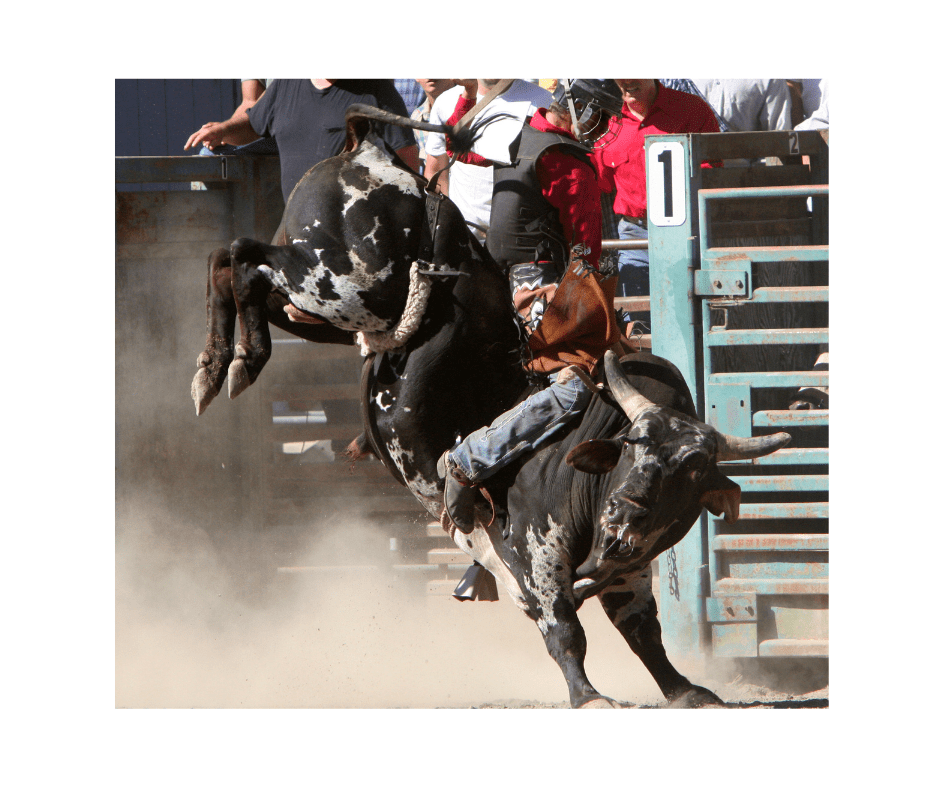 You cave to peer pressure and put your name in a contest to ride a bull.

What was a joke and dare moments before, you now see your name on the rodeo board, everyone is freaking out with excitement because you were chosen, and the exhilaration quickly turns to dread.

This is what happened to my son, 10-year old Royal Hewlett, the other day at the world-famous Oakley Rodeo.

The Hewlett’s are city folk who proudly wear our country cowboy hats, belt buckles and boots whenever we get the chance.  Having grown up spending summers in beautiful Pine Valley, just outside of Woodland/Kamas/Oakley, Utah, we lovingly call our generational property “The Ranch”.  We mostly only have the chance to ride bikes, 4-wheelers, and cars, whereas getting on a horse, catching a chicken, or chasing down potguts (aka property destroying prairie dogs) makes us feel more alive than ever in the open air of the countryside. 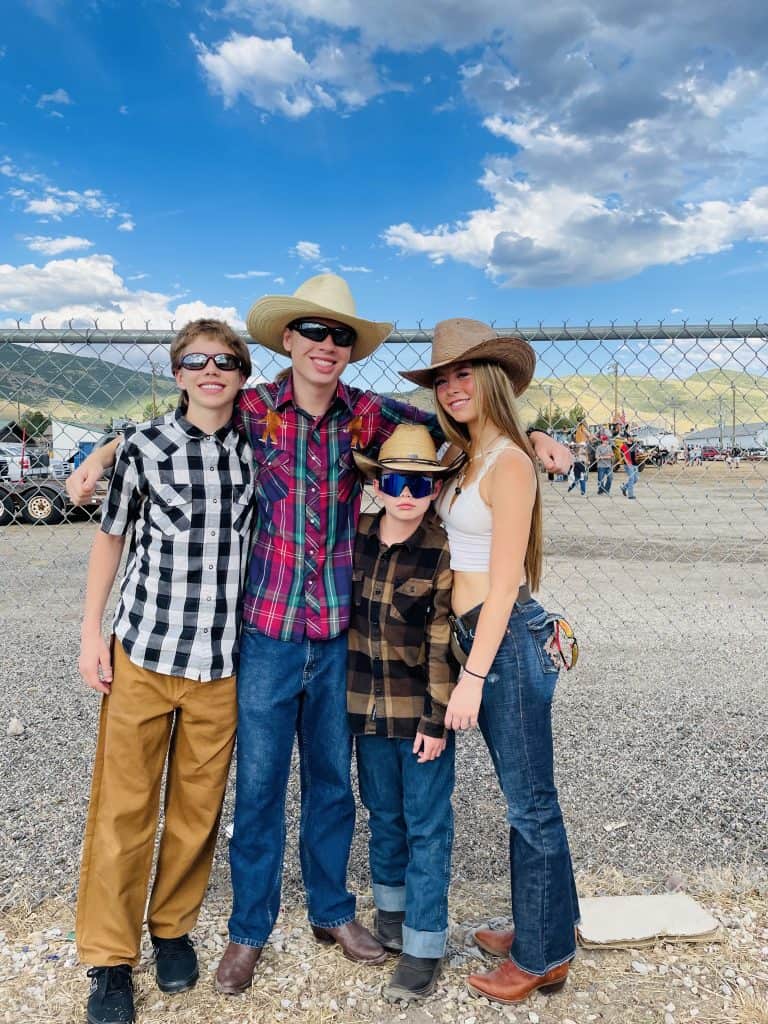 Yet, who gets chosen to “ride the bull”?  My son, the daredevil, the youngest of 4, with his siblings looking on in anticipation (“Dude, you have to do it!”), to fear (“Mommy, do you think Royal will really do it?”), to outright concern (“Royal, what if the steer bucks and his horn goes through your eye?”).

With cameras rolling from the hands of his siblings, an arena full of parents and children wondering who would ride next, I helped keep Royal calm as his angry steer entered the iron gates, crashing all about, hind quarters tied up to make the young bull extra jumpy, ready to buck any young rider off as quickly as possible.

Placing the helmet on his precious head, straightening the pinned #67 to his back, I looked at him and said, “My son, are you really going to do this?”

With tears beginning to well up in his beautiful eyes, he said, “I’m scared.  I don’t think I can do it.” 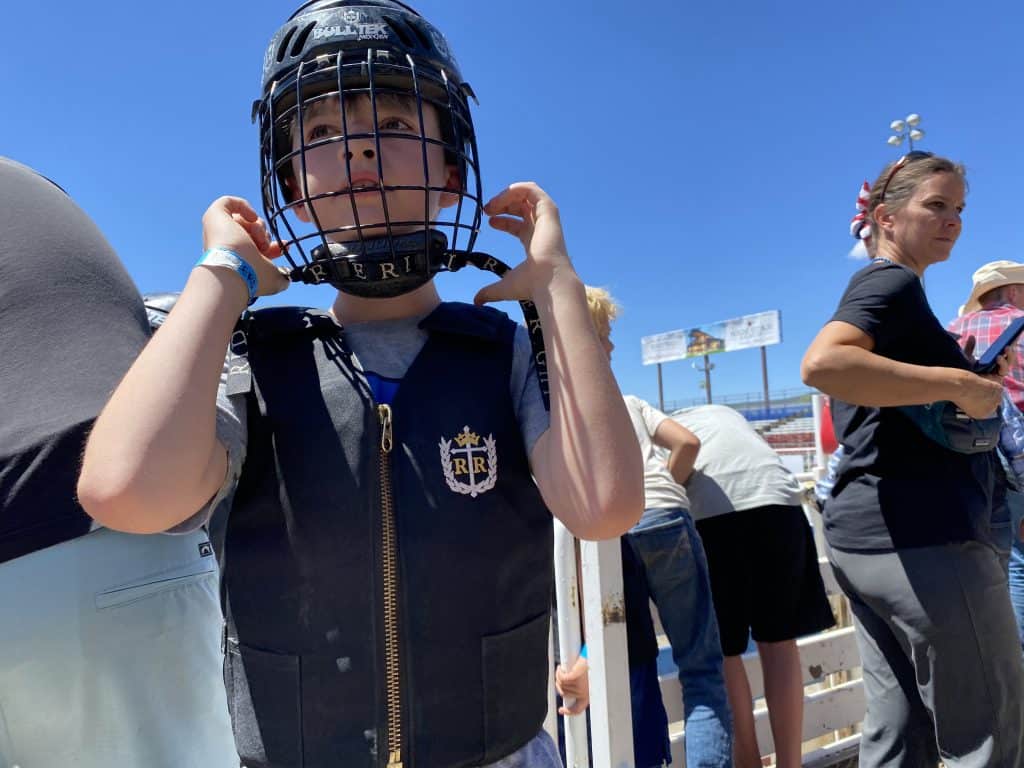 I was scared for him!  I wouldn’t dare do it as a youth or adult, and neither would the older kids, yet here he was, with a once-in-a-lifetime opportunity to try something he may never get to again.

I said, “Royal, there’s no problem if you need to back out.  We will all understand and we will still cheer for you always.”

Royal looked at me and said, “But they’ll always remember I didn’t go for it.”

I assured him that his siblings never forgetting this moment was also true, since he’s the youngest in the family, and then we came up with a solution, I suggested:

“What if you have just a few seconds of insane courage?

What if you know you’ll never get to even try to ride a bull again?

What if you get bucked off immediately?

At least you got on the bull and went for it!  You’re the Man in the Arena!

You are good and safe with this awesome helmet, chest pad, and it will probably hurt when you fall.  But you’ll always be able to say that you did it!  I Promise you will never regret this!”

He looked at other kids blasting from the chute, some hanging on for 2 seconds, others flying off at first jump and nearly being stepped on by their hefty animals.

My 10-year old looked back at me, full of fear and then morphing into a full array of emotions – curiosity – confidence – determination – and said,

Choking under the tears I held back, an equal mix of pride and terror for my gutsy child, within seconds his number was called up, he’s climbing over the iron gate, he’s stepping on his steer…

As you can see, the story thankfully ends well!

Royal hung on for less than one second, bucked off immediately upon entering the stadium, and successfully not getting stepped on by the steer!

As we had discussed, regardless of an 8-second ride or barely getting out of the gate, he needed to play to the crowd and jump to his feet, throw up his arms in celebration for his accomplishment, and he did exactly that, even as he came up limping from the impact of being thrown from the steer’s back.

The crowd went wild.  His older siblings were in awe that their little brother even tried it.  Mom & I bought him a plastic lasso, spurs, and bucking bronco t-shirt at the gift shop.

Nothing gives me more perspective and courage like watching my own children do amazing things, even taking chances I’ll never be able to.

This week, when you face a challenge, a fear, some uncertainty, please Promise you’ll be like Royal and have courage for just a moment to do that which you are worried might be too much for you to handle.

This may be your one chance!

My Promise after watching Royal: I have recently violently injured my knee, and after a successful surgery this past Tuesday, am choosing to face the greatest challenge for me – patience with self; to allow others to serve me; to rest; to slow down… for me, that is riding the bull and being the man in the arena this week. 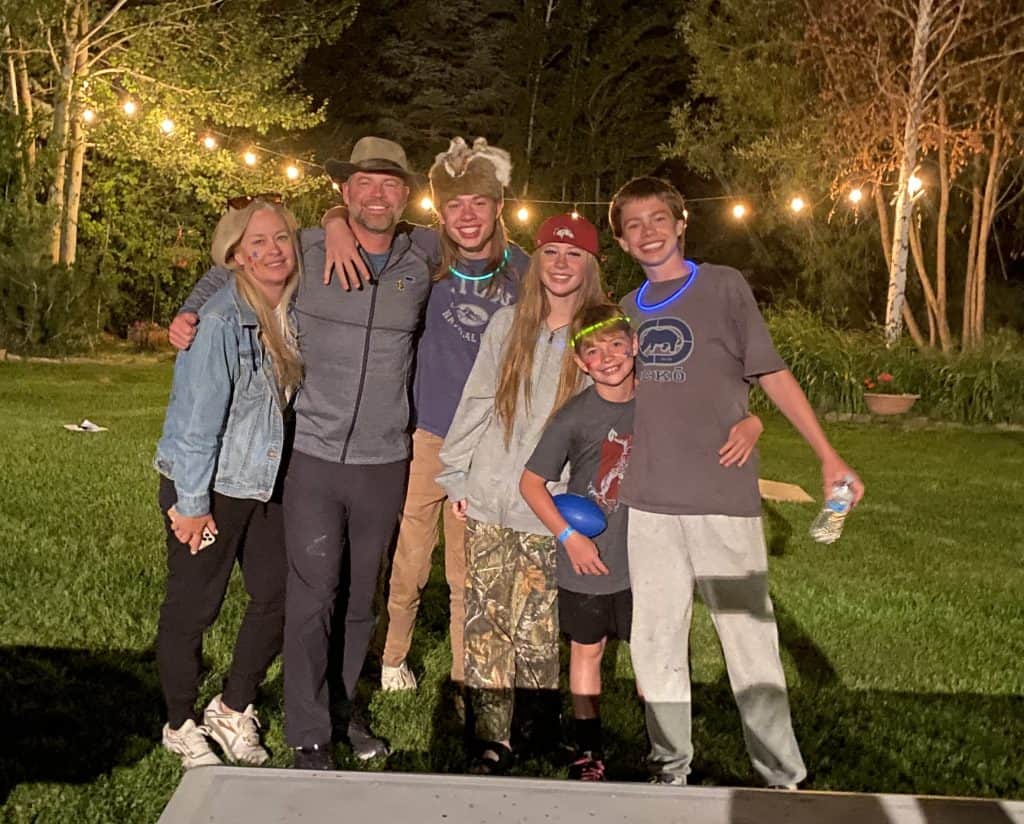 2 thoughts on “Riding The Bull”