How’d He Get In The Speaker Hall of Fame?

“Your son has some, well…. challenges,” the teacher began.

“Such as,” asked the mother.

“Well, reading is an issue in multiple areas, especially out loud and comprehension.  Same with math, the concepts just aren’t working in his mind.  His writing is compromised and his handwriting is illegible.  He seems fine with social skills and making friends, but we are a bit concerned he is doing odd things with his face and mouth which are distracting to others,” she continued.

“What can we do to help him?” the mother inquired.

“We recommend first you stay after class and assist him in extra reading, or we will need to hold him back.  First grade is an excellent time to hold a child back who is struggling or behind.  We also recommend a speech therapist, who would double as a psychologist due to some of the issues we are noticing,” the teacher concluded.

This may sound like the beginning of the movie Forrest Gump, but it was actually my 1st Grade teacher, Ms. Davis, attempting to break it to my Mother that I had a few issues.  Genetic and learned.

So she did what any Mom would do: She packed me a sack, put it on the end of a stick, handed me a harmonica and bid me farewell.

Actually, that’s probably what she wanted to do, but instead, since she’s an amazing Mom, she came to school every day, became the Homeroom Mom for my entire youth, and sat after class reading with me, making sure I got rid of the challenges of reading, writing, and well, Math never panned out, but you can always guess the answers!

Mom taught me by example that this was going to take hard work and her mentoring, her much needed help.  So we tackled it.

On my Dad’s side, he saw there was a problem by about 5th Grade when all I was decent at was practicing handwriting and cursive (a much needed skill today) and drawing.  One day he came into my bedroom with a stack of books.  He sat next to me on the bed and began into his normal sermon-epistle-mix-pep-talk:

“Son, school was very easy for me.  I got all good grades, aced every paper, won the spelling bee all while holding down a few after school jobs, practiced basketball, had 7 or 8 girlfriends, and am a self-taught guitarist.  This was before I turned 10.  Now that you’re that age I would like to give you the secret to what you really need to know to succeed in life.  If you’ll read these books, internalize them, and really ponder their meaning, you will succeed beyond that of anyone you know.  I know you can.  You have it in you, because I’m your father.”

He laid out each book before me –

As A Man Thinketh by James Allen

How to Win Friends & Influence People by Dale Carnegie

The Greatest Salesman in the World by Og Mandino

The Power of Positive Thinking by Norman Vincent Peale

At this point I was still trying to get through the Spot The Dog series, so this was quite a stretch.  But he challenged me anyway and expected an oral report on each.

I remember that night laying in bed and picking up The Greatest Salesman in the World, since I figured my Dad wrote it, but it was by some guy with this cool name – Og Mandino – and I attempted to make it through the first page.  Something about this sales person named Hafid and these scrolls I had to read daily before I could even move on to the next page!  So I spent the next 30 days reading the First Scroll.  Multiple times per day, as prescribed.  Reporting to my Dad he expected me to have it memorized, but little did he realize I could barely remember to turn off the sink when I brushed, so he had to settle for my word that I was really reading it over and over again.

Eventually I made it through every book – at least I flipped through the pages looking for pictures – but then something snapped inside of me when I realized my Dad was giving me permission to comprehend these and not worry as much about school at this age, and that gave my mind free space to accept these writings.

My Dad taught me, through the example of his self-made career and success, that it just really took hard, smart work.  Yes you’ll need a few things to go your way, but be aggressive at times and take risks here and there, just always commit to the work.

Truth is: I was born of goodly parents, and that is only the beginning of the story of my becoming a Speaker, Entertainer, and Master of Ceremonies for the largest corporate events in the world.

Having written too long already, let’s skip forward to July 25, 2016.  I had just turned 38 and this night I’m receiving the National Speakers Association’s lifetime achievement award in the CPAE Speaker Hall of Fame.

The speech is here, so you can see how I did ad-libbing a few thoughts, and I hope you take a minute to watch, at least for Scott Halford, CSP, CPAE, and his hilarious introduction, it is epic.

But truly, Who would have ever thought that kid I just described in the story above would EVER be receiving something like that?

These kinds of things don’t usually pan out for me, or anyone really, so it’s kind of like Forrest Gump the movie.

Of all the Speakers, Performers, and Professionals I know, I am the slowest, oddest, most uneducated, and sleep-deprived.  The only thing I have on them is stamina and endurance to keep working while they are sleeping, which has allowed me to read enough books, watch enough videos, and do my best to make up for all I lack by way of effort and also people who believed in me due to the amount of work I’ve put in.

And no one believed in me more than myself.  Yes I truly believed also that God has a plan and work for me to do, and that drives the effort as well.  God has given me very strange talents, and somehow I have figured out how to utilize them for both profit and service to others.  Most people would use the faces and voices I do simply to frighten small children on public transit – I use them to frighten small children birthed by billionaires at their house parties and to make adults laugh at major conventions.

My life is a blessing.  My career is a miracle.  I shouldn’t be doing what I’m doing if you see me at any point in my youth, but at the same time, those who knew me way back then now claim they always knew this was where I’d end up.  I find that ironic and encouraging.

It is wonderful to know what you are doing for your life’s work is what you were meant to do.  Thus I have written a book about it, “Signature Moves: How To Stand Out in a Sit Down World”, and have spoken about discovering our talents worldwide to much acclaim.

The message, the Speech, has now morphed into a concept even more powerful which I call “The Promise”.  You can set a goal and you may or may not reach it, but if you make a Promise you’ll most likely not break it, yet you will keep it.  I teach the importance of keeping promises to those we interact with in business, every day life, family, and most importantly, ourselves.

Entertainment drives the desire of any client or event planner to have me present any performance, but inspiration, engagement, and connection to relationships keeps the amazing clients I have returning year after year, even as I transition from Entertainer to Speaker who entertains, many have accepted that change in me.

But many more have not.  And I get it.  Yet how grateful I am for those that will give me a shot at my latest adventure and endeavor. 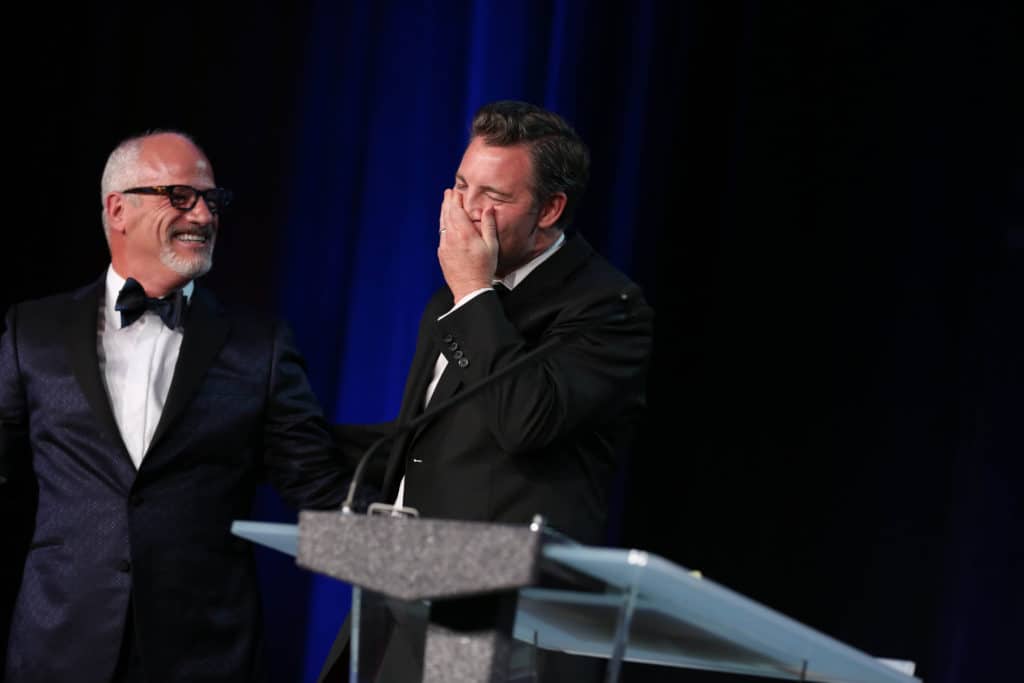 So I thank God.  For Everything.

Thank my wife, Tami, my favorite person and greatest supporter.

Gratitude to my children for their inspiration and coming along in the motorhome with me on this adventure of life.

Love to my siblings for the many laughs and being my biggest cheerleaders.

Eternal gratitude for Parents insightful enough to hold my hand, not medicate every sedation needed in my mind, and allow me to be what I am, and to push me to greater things.

To friends and colleagues within all of life’s experiences, and most recently, in the NSA National Speakers Association community for helping me through.

What a wonderful life, and what a great honor, to share the stage with this year’s recipients and those that are so very deserving of such an award.

I received this nearly 2 months ago with some of the greatest people on the planet to be recognized as well.

And of course, the biggest award of the night went to the amazing Lenora Billings-Harris, CSP, who received the rare Cavett Award for service to our industry and association.

I am still frightened to look at the CPAE Speaker Hall of Fame statue on my desk.  I don’t deserve it, but I will keep working my behind off to try and prove it belongs here. 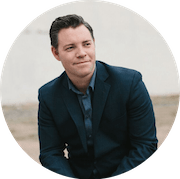 Jason Hewlett, CSP (Certified Speaking Professional), CPAE Speaker Hall of Fame, is a Keynote Speaker and Master of Ceremonies for the largest corporate events in the world. His primary message, The Promise, a combination of engagement and entertainment meets inspiration, has been acknowledged as life-changing by Conference Attendees, C-Level Executives and Hollywood Elite.  jasonhewlett.com

20 thoughts on “How’d He Get In The Speaker Hall of Fame?” 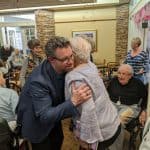 The Promise to Get Out of Your Comfort Zone 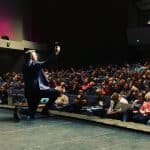 How To Calm Your Nerves for a Speech 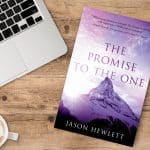 A Tale of Two Employees 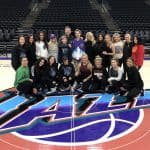 When was the last time you really stepped out of your Comfort Zone? I promise it will change your life, and the lives of others, when you commit to go for it, as shared in this article. #inspiration #ThePromise #leadership ...

#MambaMentality We celebrate the lives of Kobe Bryant and Gianna today. May their family be blessed. Kobe taught great lessons: What is your Mamba Mentality when it comes to your team, helping and seeing the best in others? #KeynoteSpeaker #thepromise ...

Always fun randomly seeing one of the world’s greatest entertainers and inspiring brothers of mine. @alexboyereal love you man. We have grown into our distinguished silver so well. Fun seeing you @Hale_Theatre https://t.co/cZhkRuADTx... 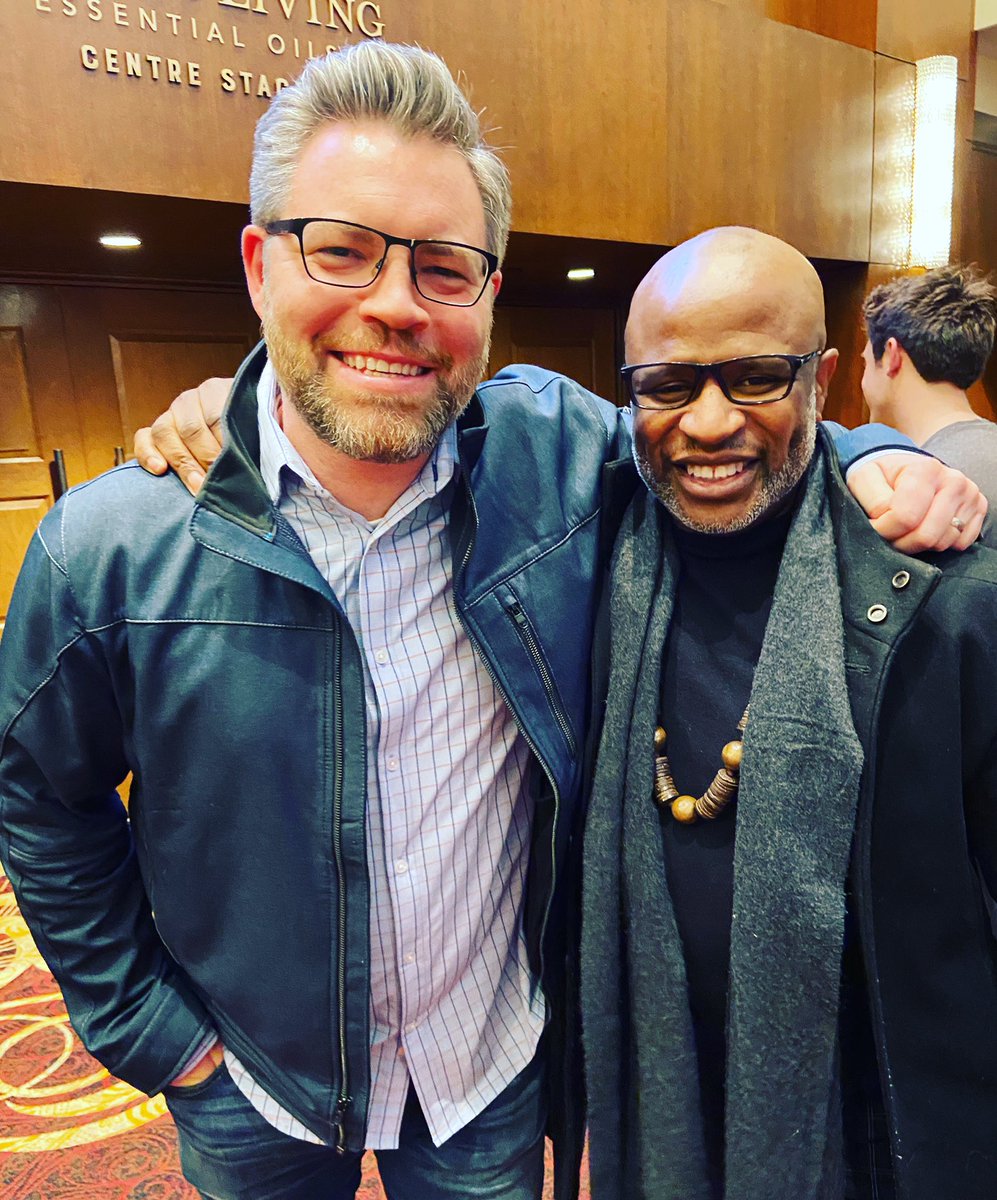 Amazing to see the notes taken by those in the audience but especially when it’s one of your favorite leaders, podcasters and influences. Thank you Kurt Francom for this. Honored you’d take notes! @LeadingSaints @kurthal #ThePromise #keynotespeaker https://t.co/v6PSm3rLsb... 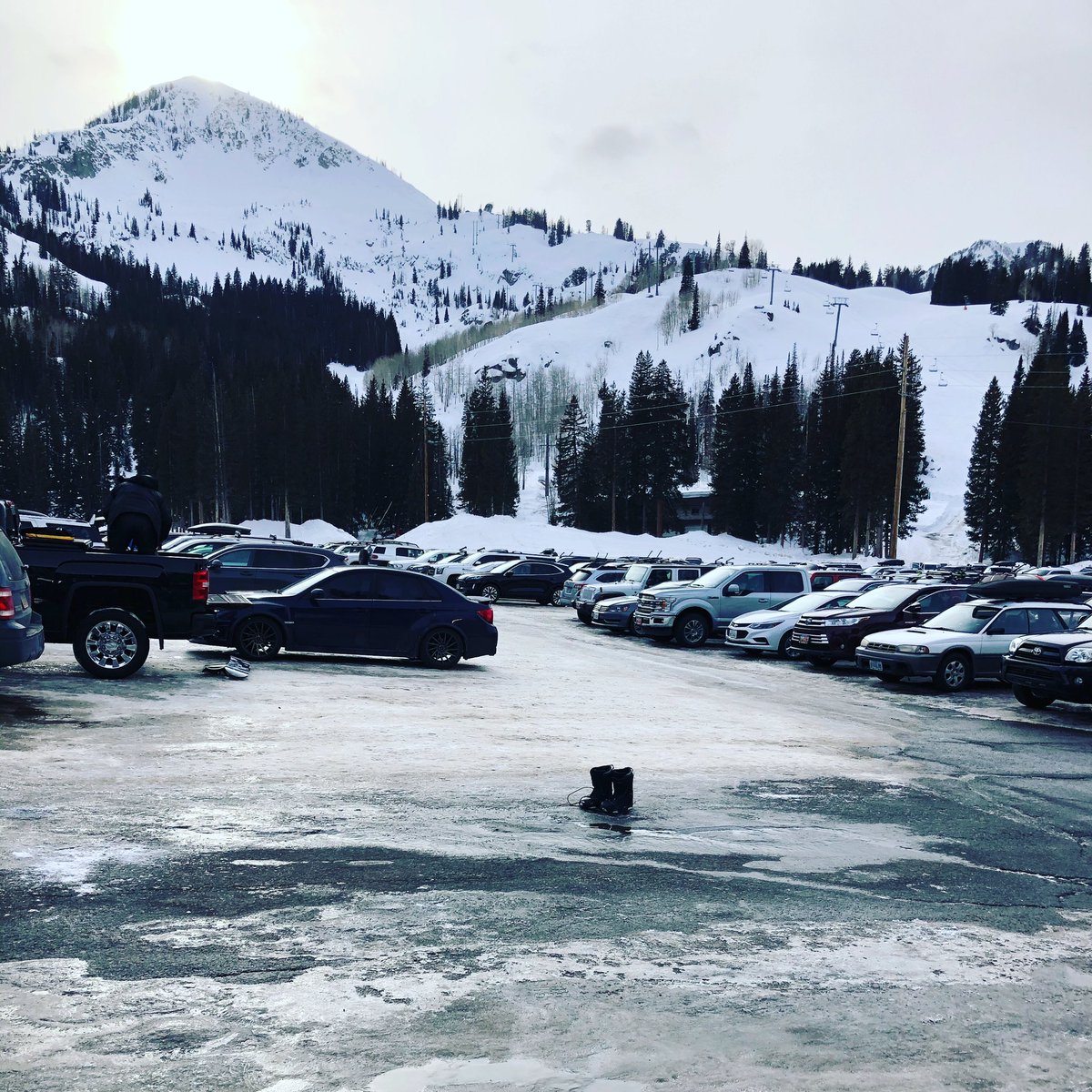 Grant Baldwin has just released “The Successful Speaker”. If anyone wants to learn how to make it as a speaker I suggest you buy this immediately on Amazon. Also don’t miss his amazing podcast “The Speaker Lab” @grantbaldwin #thespeakerlab #thesuccessfulspeaker https://t.co/JlgkrT2H3z... 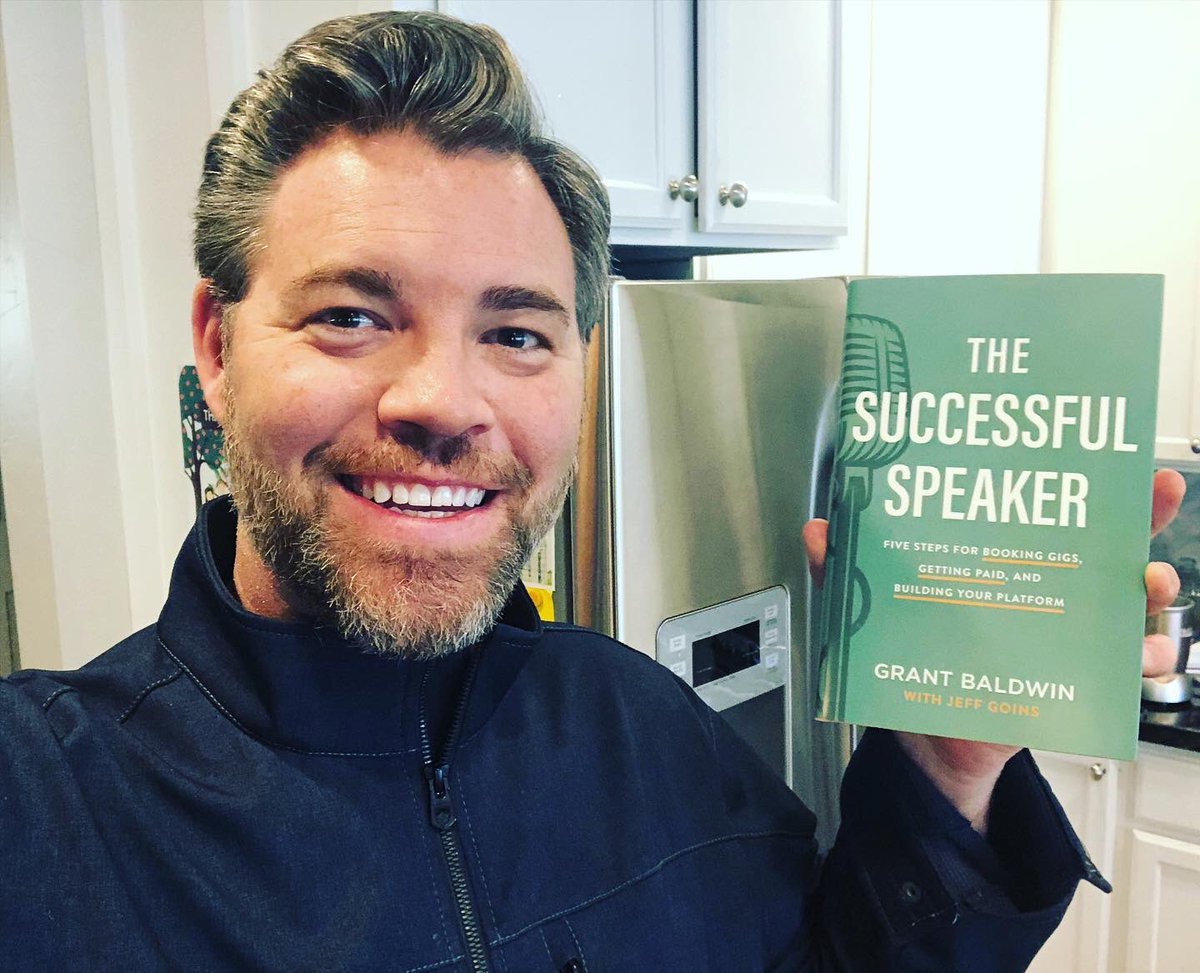 I actually didn’t have time to do this but my beautiful Tami insisted. I had a pile on my desk and so many emails to get done. But I hadn’t spent much time with the kids in a week and am so grateful we went up the mountain instead. #FamilyTime #ThePromise @BrightonResort https://t.co/Iqs4j31BSb...

Ever feel nervous before giving a presentation? Whether you are a paid professional speaker or an employee about to take the stage, here are a few pointers to get you through the nerves. #keynotespeaker #leadership #ThePromise via @LinkedIn...