The Work Family Saves The Day

The other night I took the stage for a very important Awards Ceremony after being introduced as if I were the greatest performer in the world.

Plugged in my iPhone which runs my 40+ music cues before my hour long Show.

I introduced the first song and….nothing.

My phone was frozen.

I laughed nervously and fidgeted with it.

And then I tried to shut it off to reboot.

The pit in my stomach was beyond anything I’ve felt in a while.

AV Team began scrambling, ran up and checked all the connections.

I told them it was the phone and handed it to them to try and troubleshoot as I said to audience, “Well, this is a great way to start a show, whatdya say?”

So I launched into my speaking message The Promise.

Audience is laughing good and loud. Show will go on…without music I guess.

15 minutes later AV guy runs up, hands me the phone, somehow it’s working – I ditch the speech material and blast into the show music.

All is well that ends well.

This was the first time I’ve taken the stage without a backup iPod in my pocket. Not sure why I forgot it this night.

This was the first time I’ve worked with this AV Team, and they knew I was scrambling and helped a stranger on stage not die up there.

The client paid for a great show and got it, but not without the dudes behind the scenes making the music player finally start to work.

Here’s to the (generally unrecognized) AV Teams that work tirelessly to care for everyone on stage, where seconds feel like hours when things aren’t clicking, bits aren’t sticking, and electronics aren’t responding.

Tonight they went from AV Team to my Promise Kept Work Family.

These guys were stunned as I handed each of them a crisp $100 bill TIP as a Thank You for being my Emergency Triage TEAM for a night.

Talk about doing your job and going above and beyond, these men were going to battle with me and I’m so grateful for their grace under pressure.

What Promise have you kept to The Family in your work lately?

14 thoughts on “The Work Family Saves The Day” Introducing The Video Book of The Promise To The One Had a great time talking with Shaun, he asked me questions no one ever has after he, as a true pro, took the time to read the book. Well done on the interview and thank you for having me on the show!

What does it mean to make an "investment in integrity"? Chapter 3 of my new book, "The Promise To The One", is devoted to this principle - book is launching Aug. 18! How have you invested in integrity? #ThePromise #Integrity https://t.co/WqFc0qfxWe

@PeakPerformGOC Thank you so much!

Have you written a book? Have you seen a Video Book of your book? I'm pleased to introduce Chapter 1 of my book, "The Promise To The One" in video book form (official book launch Aug. 18). #ThePromiseToTheOne #VideoBook @chuckgallagher @GetSoundWisdom

We thought he would be dead at 63 due to genetics and his health. Now 68 and still going strong, imagine having the chance to interview your Dad, founder of @CardioMiracle who is helping thousands with their health Promo Code "HEW2020"

Lottery What If... If you won the lottery and had a handshake promise with your friend you'd split it, would you keep the promise? #ThePromise #Lottery #Friendship

Here are 7 Essentials for making your Virtual Event engaging and amazing. What have I missed? #VirtualEvents #VirtualSpeaker #VirtualEventsSpeaker #ThePromise #Leadership https://t.co/8bwsRLgFZk 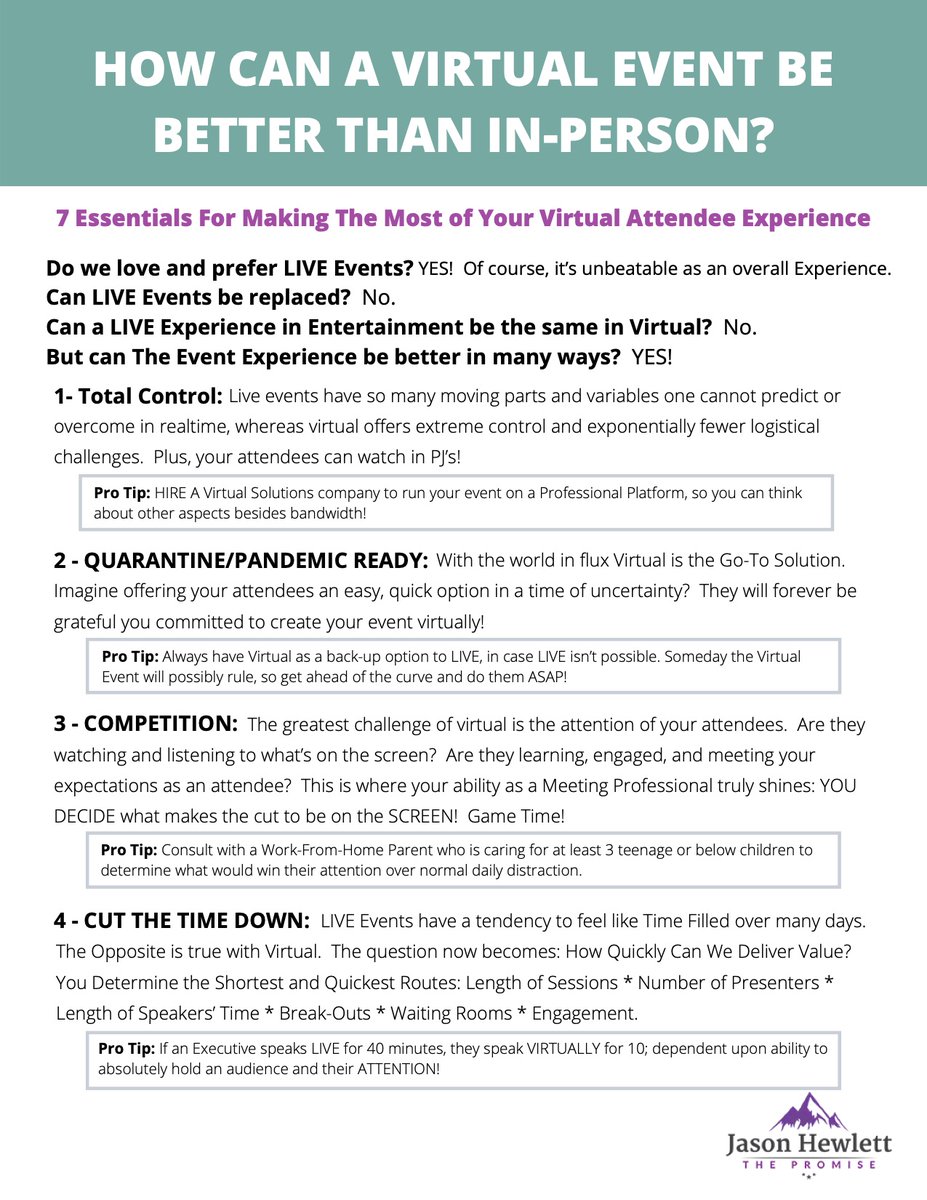 What have you changed in the past 2 weeks in your life? Have you read "Personality Isn't Permanent" by @BenjaminPHardy it is a life-changer. Here's what I've been working on since reading it. #ThePromiseToTheOne #ThePromise #Leadership #Change https://t.co/pd1tm7aT6C 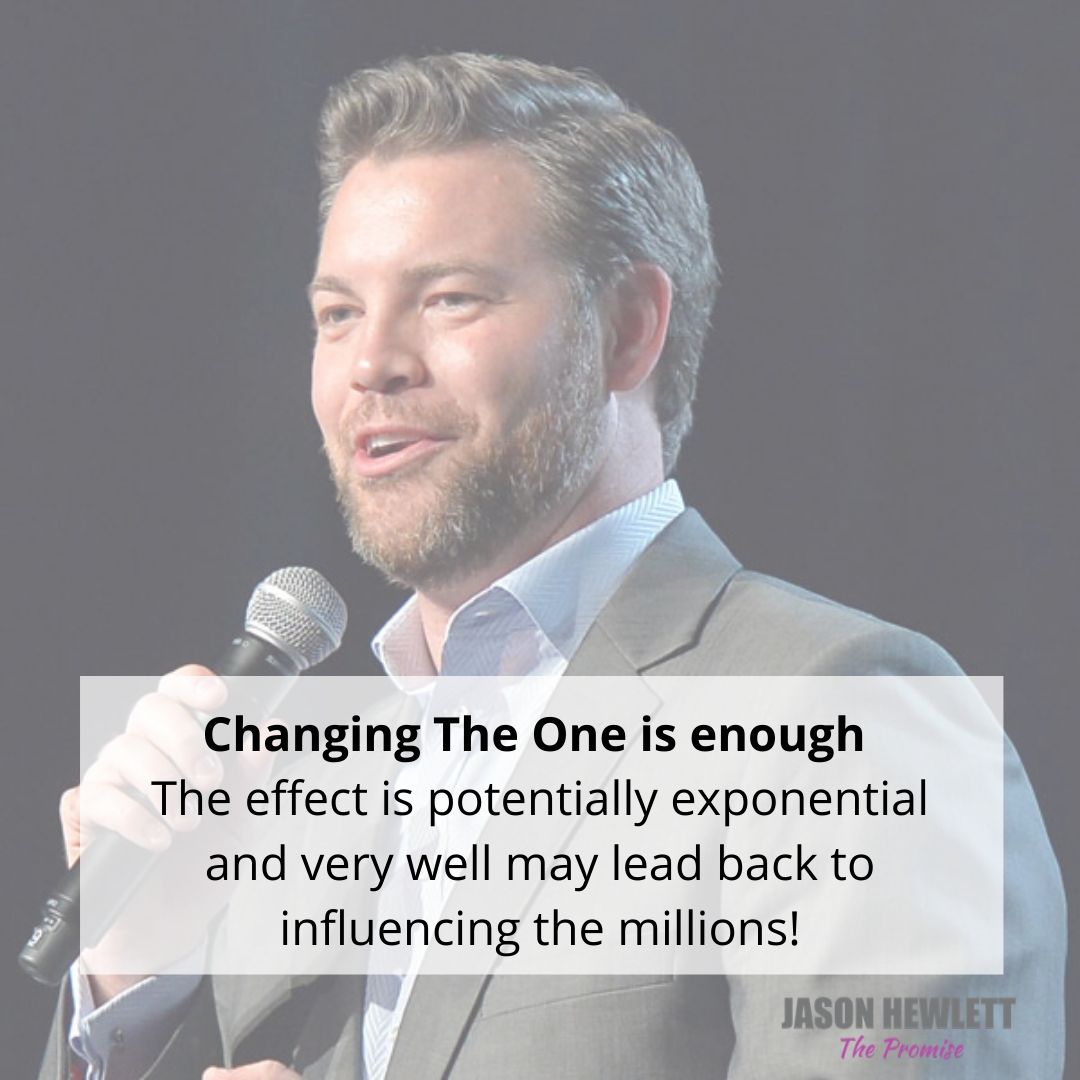 Check out my latest article: Who's Your Jordan Gibby? #VirtualEvents #VirtualSpeaker #thePromise via @LinkedIn