The Mentor You’re Meant to Be

This weekend is the NCAA Final Four Tournament, the teams in basketball that have fought to the finish and survived!

Today, Sunday, April 7, 2019, one of the world’s greatest mentors will be honored for a lifetime achievement honor.

Coach Tony Ingle has been named National Coach of the Year several times throughout multiple divisions of college basketball,  he has won championships at every level, and now receives what he deems the highest honor of his career:

2019 Guardians of the Game Award for Advocacy

My story with Coach Ingle runs deep, and begins back in high school when I attended the BYU summer camp, where he was the assistant coach and most entertaining and motivating force I’d ever seen.

By my 2nd year at the camp, Coach Ingle took me aside, as all others were playing and jockeying for his attention.  Sitting in the gym as sneakers squeaked and sweat filled the air, he put his arm around me, looked me square in the eye, and profoundly altered my perception of myself.

“Son, you have a gift.  You are one of the most talented, unique individuals I have ever met.

“You have not been blessed with God given talent to be a great basketball player, and yet you have worked hard enough, with passion and grit, to become one of the best I’ve seen at this camp.

“Young man, you need to understand something: We only have so many scholarships to offer, and a few of the great players here are receiving them.  But I have discussed it with our head coach, and want you to know, we would like to give you a scholarship to this fine university on this basis: Not as a player, but as a team member, someone who will make us better on the practice squad, as someone who will force these more talented athletes to want it more.

“We want and we need you around.

“And mostly, the truth is, we want to have you around because you are the single most entertaining person I’ve ever met.  You are hilarious.  That is your gift.  You will be on stages around the world, mark my words, and we want to be a part of it with you.”

I remember being taken aback, not quite sure how to take what he was saying.

I’m not good enough to play, but he wants me on the team?

I’m not naturally gifted as an athlete but can make everyone around me better?

Is that even possible?

This moment is still frozen in time – the balance between feeling completely insulted by a Coach I respected and looked up to, and equally feeling suddenly worth more than I had ever thought I was.  I had never realized my potential, but he could see it clear as day.

(And he was right!  It was incredible to have him fly from Georgia to Arizona in 2016 to be honored during my acceptance speech when inducted into the Speakers Hall of Fame.)

This conversation was the ultimate Legendary Leader discussion.

Have you had one like this with someone you mentor, that person you work with that isn’t quite hitting the mark in their performance, but you can see the light at the end of a tunnel they cannot?

If you are a Leader, in the office, online, at home, in the community, then you are mentoring someone somewhere at some point.

Have you had this conversation with them?  Because it is your duty to do so.

Helping others to clarify and refine their unique and gifted contribution to the team is your responsibility as the Leader.

Schedule the meeting and lay down the truth of what you see.  Give your teammate the opportunity they never realized they have, mostly because they don’t see it in themselves.

Let them know they’re needed, important, and essential to your success.

Leaders clarify for those they lead the gifts, talents, strengths, and responsibility they have on the team, and then give them the keys to drive forward utilizing their magnificent Signature Moves.

Back to the story with Coach Ingle –

You wonder: Did Jason take that scholarship?  What happened?  Tell us the end of the story!

Truth is this – Life has fascinating twists and turns.

I served my Church in Brazil for 2 years, and upon my return Coach Ingle had been lead on a new path.  Scholarship was no longer there for me, but I found Coach Ingle and we reconnected, him continuing to mentor and lead me.

He introduced me to my first Manager, Chris Poulos, who changed my life; he has invited me to come and speak to his teams; we talk on the phone regularly and he doesn’t come to town without letting me know first so we can laugh our heads off together and I can film his speeches.

He has remained a lifelong friend and father-figure for me.

He has gone on to win National Championships and is revered by those players and young men he has mentored along the way.

Just this past year, he and I were talking in Dallas after dinner at the National Speakers Association conference Influence.  He looked at me and said he had been pondering retirement from basketball to become a full-time speaker, but wasn’t quite sure how he was going to make it happen.

On that bench, in a lobby hotel with professional speakers walking all around us, I put my arm around him, looked him square in the eye and said,

“Coach, as good as you are on the court, you will be even better off.  Every time I have heard you speak, you make them laugh, you make them cry, you have the chops, the legacy of leadership, and I know you can make this happen.  However I can help you, I will.  Let me coach you, let me mentor you, anything you need I will show you how I’ve done it, because I know you’ll impact more people than I ever could with your story, delivery, and ability.  I believe you will be the best speaker they’ve ever heard, because to me, you already are!”

He started to tear up, and then smiled…

“So you’re gonna coach your old Coach?” he said.  “Well, what’s my first assignment?  Whatever you say, I’ll do it.”

The Coach is not only the best Speaker you haven’t heard yet, but he’s the most coachable student I’ve coached thus far.

It has come full circle.

Congratulations Coach Tony Ingle on the honor you receive this day from the NCAA.  No one deserves it more.  Thank you for mentoring and coaching me, and for letting me mentor you in this next phase of your incredible life.

2 thoughts on “The Mentor You’re Meant to Be” 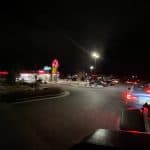 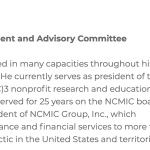 What do people say about you when you’re not there? Are you 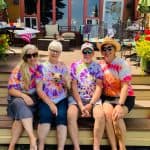 Have you ever been in a desperate situation where you thought, “If only 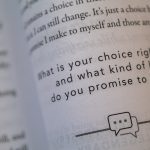 What brands and experiences are you willing to give a 30-Minute Wait? via @LinkedIn #brandpromise #ThePromise

@davidmdye Loved being a part of your podcast! Thank you my friend.

RT @davidmdye: What is it you give to your team and customers that's uniquely you? In this episode, @JasonHewlett gives you the road map to…

The Yuval Levin article in @deseretmagazine is as eloquent, thought-provoking and timely as anything I’ve read in 2021. “The Case for Wooden Pews” is a must read, as is every part of this new magazine. Well done. #mustreads @DeseretNews @jessehyde7

How aware are you of the mess you're causing or the promises you're keeping? Leaders seek awareness. via @LinkedIn #leadership #awareness #ThePromiseToTheOne

RT @Coach_IzzyIngle: It’s with a shattered heart I post this. My dad, Coach Tony Ingle passed away tonight. I’m so blessed to have had such…

@PedernalesCoop Awesome to be a part of your great work, thank you for having me!

RT @PedernalesCoop: Thank you to all the Chamber of Commerce members who attended our virtual presentation with @jasonhewlett! We’re excite…

Here are some ways I'm consistent. What are yours? #consistency via @LinkedIn