“We are very excited to have you speak to our delegates in Sydney, Australia, to our 8,000 attendees, most of which will be translated realtime into over 20 languages from all over the world…but there is one challenge we face that we will need you to send us scripting for…

You’ll be sharing the stage with Sophia The Robot.”

When a client whom you have pitched to for 17 years (MDRT) finally takes a chance on you (Los Angeles, CA, 2018) and has hired you back 6 more times, and is now taking you to Sydney, Australia for your first opportunity of your life, you are willing to do whatever it takes to make them happy.

That is the JHE CX Promise.

Including sharing the stage with, and writing the scripting for, a Robot.

This was the situation I found myself in 3 months ago when the Million Dollar Round Table sent me this email and daunting stipulation for my presentation that just happened this past Tuesday.

What’s your Promise to go above and beyond for a client? 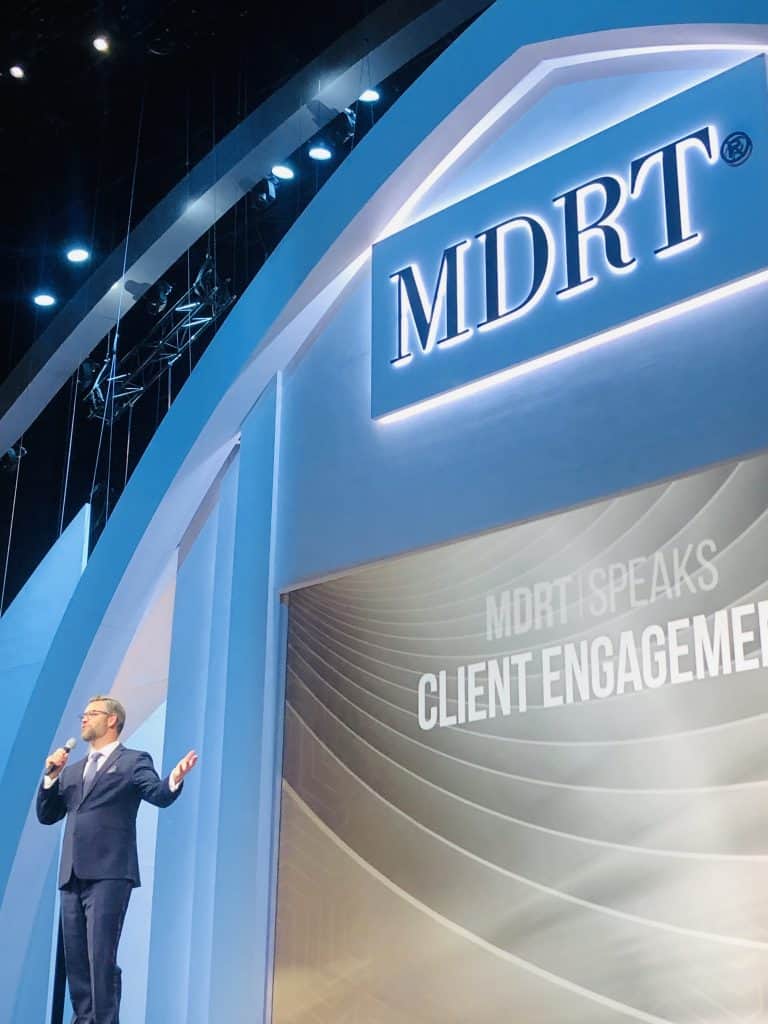 Here’s the thing – perhaps you think to yourself, “Jason, that’s simple, you write scripts all the time.”

To which I’d reply, “Friend, have you seen me speak?  I never write this stuff out I just get up and do it.  I prep myself to speak but nothing is memorized or scripted.  That would be insane!”

And then there’s that whole part about people from other countries needing to be entertained, educated, and somehow I will create this prior to that happening, rather than synergistically in realtime with the audience…and why?

Because it needs to be pre-programmed for the robot!

This is The Promise in full effect. 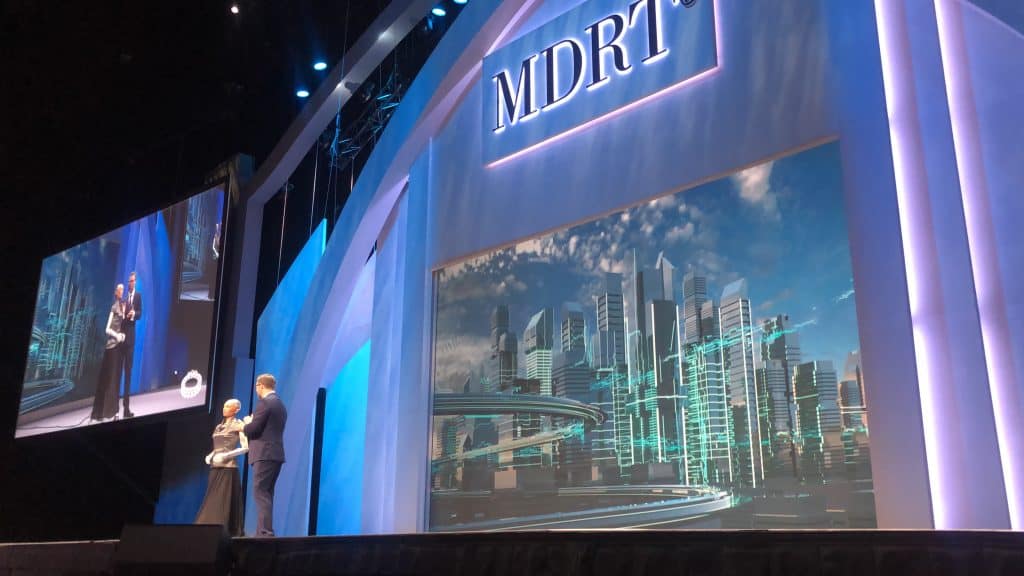 My research began with dialogue writing for comedy duos…

And then to Jimmy Fallon, the BBC, and any other media appearance I could find where Sophia The Robot had appeared…

Apparently Googling “How to write a comedy script for 2 with a robot to be translated into other languages” didn’t come up with reasonable results.

Of course I was chosen to write this script because my client, thank goodness, trusted I would be capable of it, since I’m capable of being on stage alone and coming up with funny things in the moment, then it must be simple to write it 3 months prior!

I never thought I’d find myself writing a script that would be needed word-for-word.

I never thought I’d find myself writing a script for myself and a robot to perform together.

Yet I never really dared to think I’d find myself having this, my dream career, happening either – just a hint of hope and goals in the back of my mind my whole life long.

The JHE CX Promise ~ Customization 3 Months In The Making

I slaved over the scripting.  It was tear your hair out challenging for me.

But I grew out my beard, locked myself in a dark room, and only ate my fingernails for about a week while writing.

Then I was informed the scripting would go through an extreme vetting process, between what the client needed said, and what the robot is capable of doing.

Now to find out what the robot is able to do!

Can she sing?  (not this time)

Well, she sang on Jimmy Fallon.  (yes, but that was very expensive)

Can she do a Raptor?  (what does that even mean?)

I do this Raptor thing, maybe she can top it with a Lion/T-Rex mix?  (send us a video, we don’t know what you are trying to make her do)

Could she do my Signature Move Facial Movements?  (who are you and why are you asking this?)

Can she change her mind?  (if we program her to)

Can she respond according to the audience reaction or will it be pre-recorded and on a time restraint?   (there will be a team backstage who can cue her every response, as long as you stick to the script exactly, word for word)

I’m not sure, Dear Reader, if you can imagine the hurricane this put my mind through in preparation of this event, but it is unlike anything I’d ever done and felt beyond my capacity to create.

Like I say, I’m the guy who stands on stage with an iPod and creates the show on the spot!

I’ve tried powerpoint and it’s like tying my hands behind my back and dipping me headfirst into water.

And yet, as we worked with the creators at Hanson Robotics in Hong Kong, asking them about all of the possibilities for my interaction with Sophia The Robot, they had a response I wasn’t expecting:

Thrilled to test the limits of their Robot.

In all of her appearances all over the world, even with Jimmy Fallon and his TEAM (see: more than one) of comedy writers, they had never done anything even close to what we were trying to do, in having Sophia match what I do as a performer.

In other words, they were game to go for it, and I was game to ask outlandish enough requests that we were all pushed… together!

The Promise is not just a concept that helps in our personal lives, it expands our capabilities when we promise to go for it in business, in our performance, to move beyond the work we normally do and stretch & reach for new heights.

I could have easily told the client it won’t work, or have someone else write it, or I’ll pass because I only work alone… and hope to do another event with you someday.

But instead we swung for the fences.

And honestly, not every bit landed with this foreign audience, not every part of this performance even came close to working, but it was far better than could have been hoped by all involved and the client was ecstatic.

Glad it was over, yes, but more importantly, grateful we went for it.

This was a once-in-a-lifetime opportunity for me, for the client, for the audience, and even the team that programmed Sophia The Robot said it felt that way to them in working with us.

Here is some of the footage, with more coming soon!

What’s your Promise to go above and beyond for your clients, asking bigger questions, pushing past your comfort zone, customizing every engagement and interaction to creating a more memorable CX?

And more intimidatingly, how are you integrating AI into all that you do, because guess what folks – it’s coming! 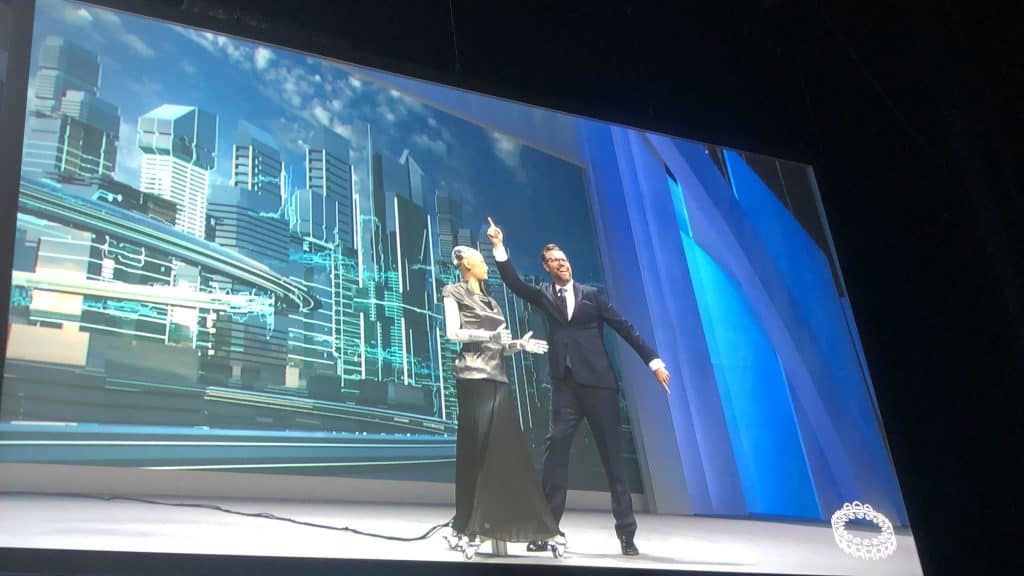 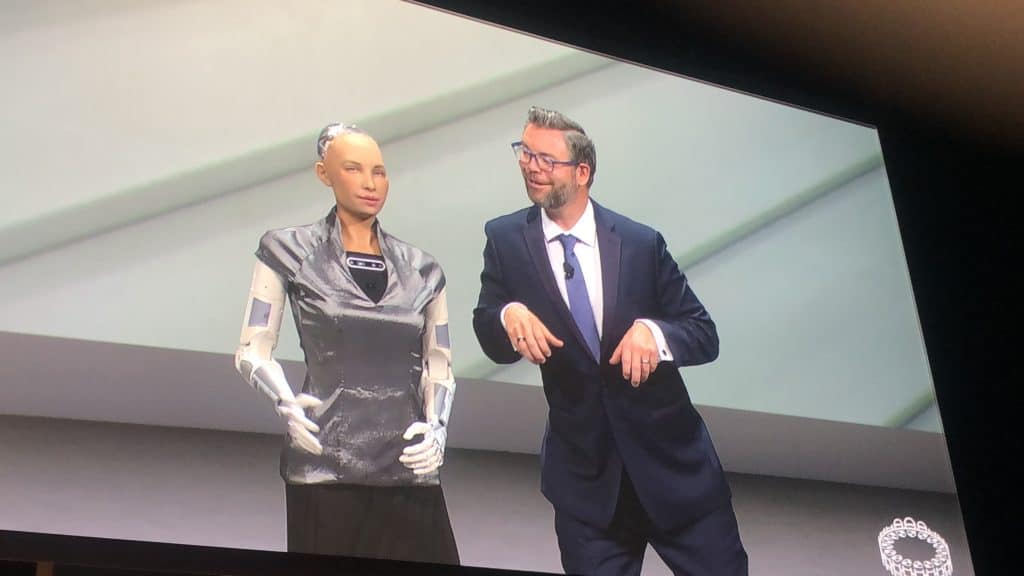 2 thoughts on “Sophia The Robot”