The Promise of Congruence On & Off Stage

When I was a kid I met my hero, a basketball player who is in the Hall of Fame now, and at the time was the epitome of all I wanted to be in life.

I collected his jerseys, wore the same brand shoes as him (before that was a thing), and collected every basketball card ever made about him.

The time came to meet my hero.  He was there to sign our memorabilia.

I went up to him, asked if he would be willing to sign my stuff…

He said that he was under contract not to sign anything I had with me and all he could sign was a little red ball that looked pathetic.

He signed it, handed it to me, and I was brushed aside.

Devastated, I continued to look up to him, but not with the same luster I imagined would exist in meeting my hero.

Consistency meets Congruence on and off stage is keeping the Promise to your Audience.

As a kid I was expecting this star basketball player to be as cool, amazing, and nice off stage as he seemed on it.

But that wasn’t the case.

It set in motion my thought of how important this principle is, even when I was a little boy.

When you work for a company, you essentially represent the company wherever you go, on or off the clock.

When you perform or speak a certain way, people expect you to live the message, not just talk the talk.

It doesn’t mean you have to be everyone’s best friend, or even like the fact that people come to expect something from you, but it is your responsibility to be who you say you are at the office and outside the office, on or off stage.

I have struggled with this principle myself.  I’m not 100% hilarious all the time, or I’d explode and no one would ever have married me.

However, I am a naturally amusing person, and can have different levels of energy.

Point is, it’s consistent and congruent with the lessons performed and taught. 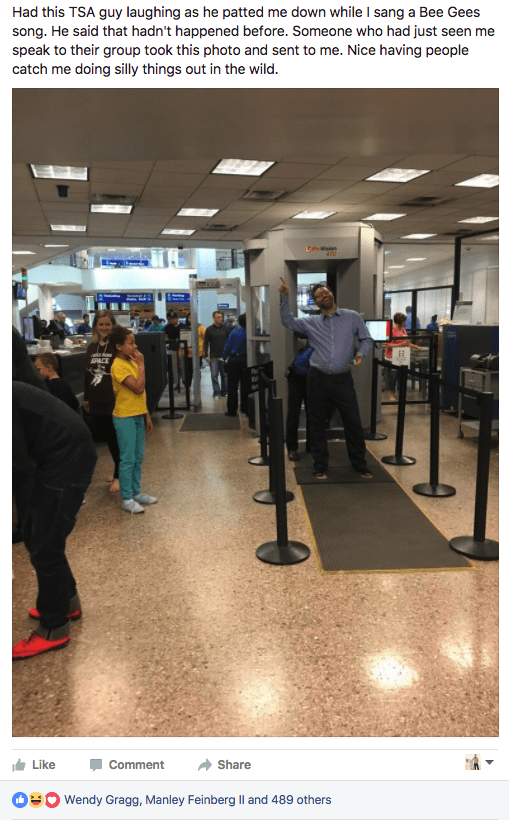 I didn’t realize anyone was taking a picture, I was just messing around with the TSA agent, whom I could tell wouldn’t arrest me for having some fun with him because he seemed in a good mood.

I don’t recommend everyone do this with a TSA agent, but I got away with it that day because things just worked out.  Even had a MEME created!  hahaha! 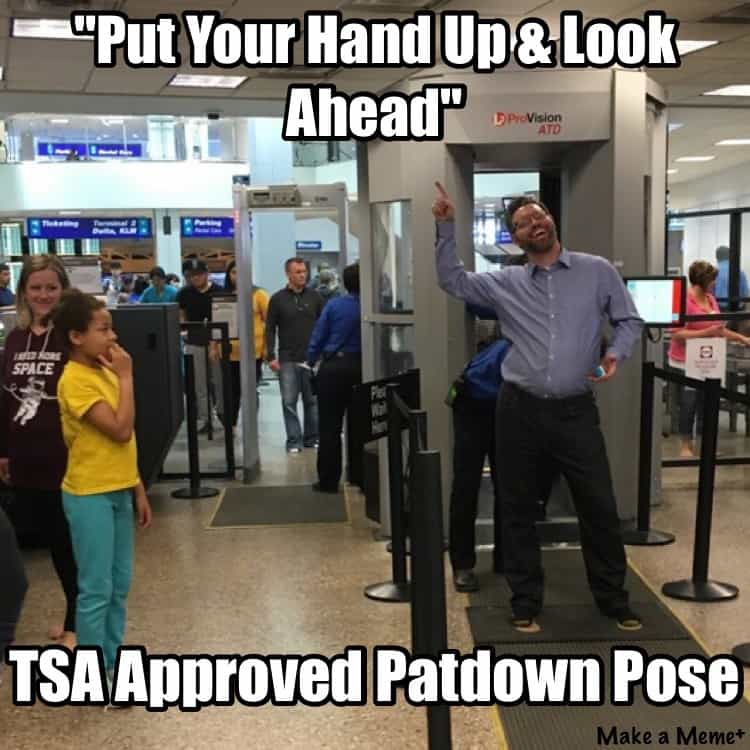 How fascinating it was that the people in my Audience who had just seen me speak about The Promise on and off stage, how we keep it, then saw me living the message at a random place to drive the point home.   (My favorite is the look on the girl’s face in the yellow shirt, clearly she is terrified of me)

Me being hilarious doesn’t happen perhaps all the time, but I try to do my best to be the guy off stage that I am on stage.

Keeping my Promise to The Audience, who for me is anyone, anywhere, at anytime, has shifted the way I live me life.

What is The Promise you keep on and off your Stage?

And of course, if a kid comes up to me and asks for an autograph, yes, I’ll definitely sign whatever the heck he/she wants. 14 thoughts on “The Promise of Congruence On & Off Stage”