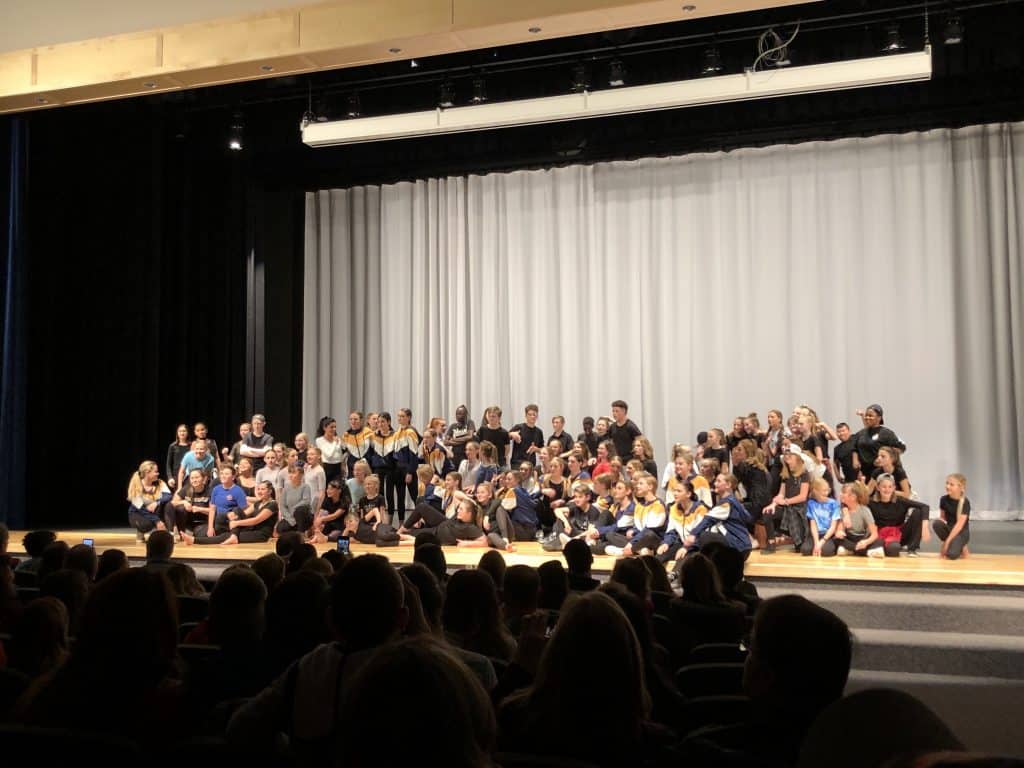 By December 10th our family had already been to 7 holiday concerts between school, community events, and church.

This past week we faithfully trudged to yet another one…I’m just assuming you’re experiencing the same thing at this time of year!

After my daughter’s dance number was over (hers was the first one) we had to wait for her final number.  Yes, an hour of absolute boredom and time-wasting as we watched kid after kid, stranger after stranger, do their mediocre at best dance numbers.

I’m embarrassed, even ashamed, to write the thoughts of an honest person here, but you know you’ve felt the same way as well, you’ve just never actually written a post about it.

As I suffered along with my sons and wife watching kid-kid-kid-kid-kid take the stage, I wondered what I could do in the meantime:

And then the realization hit.

I looked over at the family to the right of me.  Anxiously, they held up their phones, with smiles of delight, as their child did a most feeble attempt to do their number on stage.

Looking at the Mom I saw a tear come down her cheek.  I could tell Dad had cut work short as he was still in his work clothes.  Grandparents held grandchildren as all were transfixed on sister, daughter, granddaughter on stage.

And then I realized: That was us a few minutes ago.  Watching our daughter.  In what way did that family watch the performance of our little princess?

This was their little princess.

As I looked at this kid on stage, she now became that family’s precious child, and yes she was an angel.  Yes, she messed up, but she was concentrating so hard to get it right, and you could tell she had practiced so many times to get to this point.

How foolish I felt for my thought process, and suddenly I was all-in, cheering her on.  A stranger, some kid I didn’t know, from a family I’ll never meet.

And that’s when I remembered I’m also the guy on the stage most of the time as well.

How often I’m in front of an uninterested, negative, forced to be there audience.  And boy oh boy, how I despise audience members who are actively disengaged in my performance.

And yet, here I sat, completely disinterested, too important, self-absorbed in my own time and the wasting of it to see the beauty of what was before me on stage.

As I watched each kid take the stage and, by the skin of their teeth, make it through the dance numbers, I saw the night in a whole new light and now tears came to my eyes in appreciation for what I was witnessing.

So I made a few promises:

“I’m praying for them to succeed, to remember each move, to deliver the best they can.”

“I’m sending love, hope, spirit, and positivity their way, and I pray others around me might be so invested.”

Sometimes all it takes is making a promise to ourselves to see the world in a whole new light.

I was suddenly cheering, giving thumbs up, and happy for every routine by every kid.

Looking around I noticed my energy in that space had rubbed off on the other families that had fallen disinterested as I had earlier, and just by my being all in, fully present, others seemed to be as well.

When I write about The Promise to The One, which is the promise you make to yourself, it’s usually about my own failings in order to help you see how these can be overcome with realizations I’m experiencing on a daily basis in order to teach these principles better.

If you can’t relate to the kid’s school concert performance analogy, then consider what you’re up against this holiday season and even coming week:

You name it, it’s going to happen.

What’s your Promise in this moment?

To hold a grudge, or to forgive?

To feel bitter, or give the benefit of doubt?

To hold it against the volunteer, or be appreciative of their dedication despite execution?

The power of The Promise is the practice of self-awareness to forgive yourself of your natural man thinking and reach a spiritual place of gratitude, seeing life with fresh eyes, and realizing you can either be enraged or engaged, disconnected or connected, absent or present (regardless of your physical state!).

By the end of the concert, I was standing, cheering, crying, for my daughter (of course since she was the best) but also for every single angel who took the stage whom I’ll never even know.

But I can still cheer for them, send good thoughts their way, and I was even able to congratulate them as I walked the halls to leave long after the lights went down.

This Christmas, make The Promise – and KEEP it – to consider the Kid’s School Concert analogy in every interaction, as a participant or simple viewer, that you make of the moment what you want.

And remember, the greatest Gift you can give this Christmas is the Promise of being Present.

Merry Christmas from The Hewlett Family

18 thoughts on “Another Kid’s School Concert”